Lady Gaga (born March 28, 1986), is an American singer, songwriter, and actress. Her real name is Stefani Joanne Angelina Germanotta. She is known for reinventing herself throughout her career and for her versatility in numerous areas of the entertainment industry. Here are some reasons we believe she may be the greatest popstar of our generation.

1. What are Lady Gaga's biggest hits?
Lady Gaga’s debut album “The Fame” was a huge hit and reached no. 1 in UK, Canada, and many other countries. “Poker Face” and “Just Dance” became international number-one hits, topping the Billboard Top 100. The same album earned 6 Grammy Awards nominations and won the awards for Best Dance Recording and Best Electronic Dance Album for "Poker Face".

So, How many Number 1 does Lady Gaga have? Lady Gaga’s song ‘Born this way’ sold more than one million tracks in the first five days, making a record. In addition, there is “Poker Face”, “Just Dance”, “Paparazzi”, “Bad Romance”, “Shallow”. 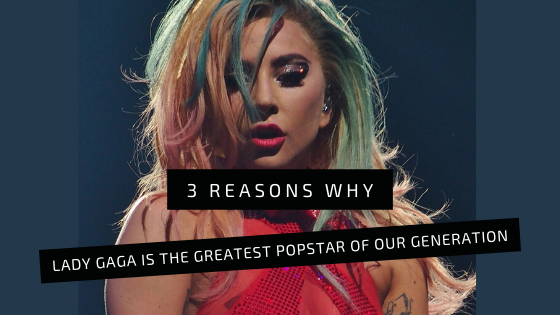 2. Super Talented: Singer and Songwriter
A lot of people ask – ‘Does Lady Gaga write her music?’. Lady Gaga is not just known for her singing talents, but she is also a songwriter. During her early days, she co-wrote songs for Britney Spears, The Pussycat Dolls, Fergie and New Kids On The Block. She recently wrote two tracks for Jennifer Lopez’s new album ‘Love?’

3. Overcoming Mental Health Struggles & Fibromyalgia
Lady Gaga was raped repeatedly at the tender age of 19 years by a music producer that she knew very closely. As a result of this trauma and not being able to talk about it, Gaga developed PTSD. It took her years of therapy to finally open up and talk about it. Gaga also struggles with Fibromyalgia which, is a disorder characterised by widespread musculoskeletal pain accompanied by fatigue, sleep, memory and mood issues. Researchers believe that fibromyalgia amplifies painful sensations by affecting the way your brain processes pain signals.

In addition to all of this, Lady Gaga is also known to be extremely generous and loves her fans. She once sent out for $1000 worth of Papa John’s pizza for her fans when she saw a number of them waiting for her outside a record shop where she was doing a signing. Lady Gaga is also an active philanthropist. She is a passionate charity worker. She even donated around $500,000 for Haitian disaster relief.

That is why, we have chosen Lady Gaga as one of our top 3 favorite musicians featured for our Women’s Day special.

Hard Kaur was born in Kanpur, Uttar Pradesh, where he mother ran a small beauty parlour out of their house. She lost her father when she was very young and her mother’s beauty parlour was burnt to the ground. Her paternal grandparents told her and her mother to leave and go back to her parent’s house. However, they wanted to keep Kaur’s brother with them. Subsequently, Kaur, her mother and her brother moved back to her mother’s parents home, where they stayed for a few years.

2. Making the Most of New Opportunities

In 1991 her mother remarried a British citizen and her family moved to Birmingham, England. Here her mother started working once again and studying to eventually open up another beauty salon. In the meantime, Kaur completed her schooling after developing an interest in hip-hop and slowly began her music career as a rapper. 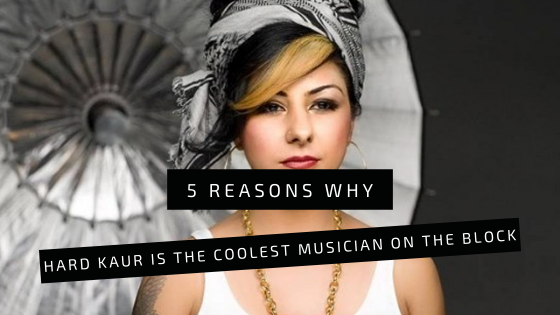 5. Not Afraid to Speak Up

Kaur has always been an advocate for women’s rights and speaking up against injustice. She wanted to become a successful rapper to prove that ‘rap’ is not only a man’s world. Kaur was booked in a case for speaking against Politicians – Yogi Adityanath and Mohan Bhagwat. In Aug 2019, her Twitter account was suspended after she posted a video in which she was seen using abusive words against the Indian Prime Minister Narendra Modi and his right-hand man, Amit Shah.

Hard Kaur is one of the top Indian Female Rappers and has become famous through her amazing talent and being un-afraid to speak up. She is a staunch feminist and has spoken time and again about atrocities committed towards women. She’s a crusader for womenkind everywhere.

That is why, we have chosen Hard Kaur as one of our top 3 favorite musicians featured for our Women’s Day special.

3 Reasons Why Nina Simone is a Legend

1. Overcoming Incredible Odds
Nina was the sixth of eight children born into an extremely poor family. Her mother, Mary Kate Waymon was a Methodist minister and a housemaid. Her father, Rev. John Devan Waymon was a handyman, who at one time owned a dry-cleaning business, but also suffered bouts of ill health. Nina began her musical journey at the age of three or four with help from the church. She played the piano and her first song was “God be with You, Till we meet again”. Simone’s Music teacher helped establish a special education fund that helped pay for her music education and her school. 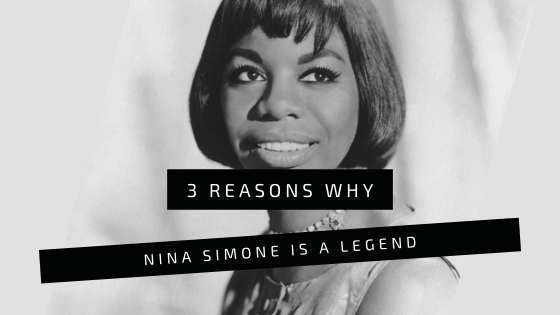 2. Musical life rooted in Activism
At the tender age of 12, Simone refused to play at her piano recital because her parents were asked to sit at the back of the hall because they were black. From then on, she used her art to take a stand. Manu of her songs, including “Mississippi Goddamn”, “Why (The King of love is Dead)”, and “Young, Gifted and Black” addressed the rampant racial injustices of that era. Unfortunately, her activism wasn’t always welcome. Her popularity diminished; venues didn’t invite her to perform, and radio stations didn’t play her songs. But she pressed on – even after the Civil Rights Movement. In 1997, Simone told Interview Magazine that she addressed her songs to the third world. In her own words: “I’m a real rebel with a cause”.

In the 1960s, Simone added protest songs to her repertoire. She became friends with Martin Luther King Jr. and Malcolm X and performed at civil rights demonstrations. Simone even struck up a brief friendship with David Bowie in the mid 1970s, who called her every night for a month to offer his advice and support.

Her popularity grew as she added folk and gospel songs as well as songs by the Bee Gees, Bob Dylan, and Screamin’ by Jay Hawkins (“I Put a Spell on You”) to her repertoire. This was one of Nina Simone’s most popular songs. Angered by American racism, she left the United States in 1973 and lived in Barbados, Africa, and Europe for the rest of her life.

3. Nina Simone’s Music Still being Performed
Rihanna sang a few verses of Simone’s “So What You Gotta Do” on Kanye West’s The Life of Pablo. He’s clearly a superfan: “Blood on the Leaves” and his duet with Jay Z, “New Day”, feature Simone samples as well, along with Lil’ Wayne’s “Dontgetit”. Common’s “Misunderstood” and a host of other tracks.

Nina Revisted…A Tribute to Nina Simone was released along with the Netflix documentary in 2015. On the album, Lauryn Hill, Jazmine Sullivan, Usher, Alice Smith, and more paid tribute to the legend by performing covers of 16 of the best Nina Simone’s songs.

Nina Simone was known for using her musical platform to speak out. “I think women play a major part in opening the doors for better understanding around the world,” the “Strange Fruit” songstress once said. Though she chose to keep her personal life shrouded in secrecy, these facts grant VIP access into a life well-lived and the music that still lives on.

That is why, we have chosen Nina Simone as one of our top 3 favorite musicians featured for our Women’s Day special.

5 Tips to Choose the Right Song for Your Voice

What is the right song to sing to showcase your musical talent to an audience? This is a question you must consider as a performer especiall... 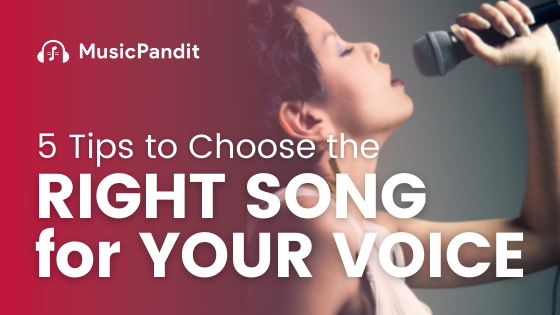